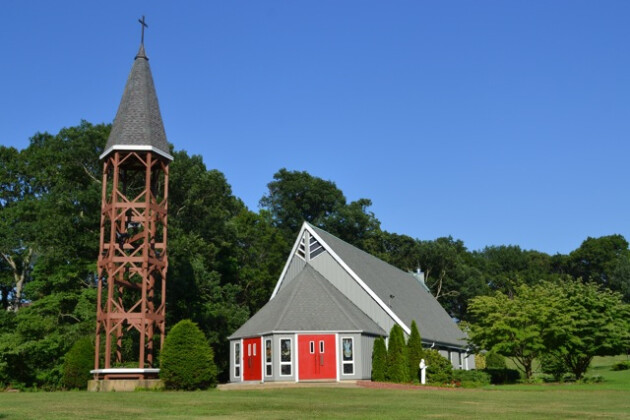 In 1963, the Diocese of Long Island realized its plan to establish an Episcopal presence in Plainview, N.Y. The mission church of St. Margaret began at a time when the world, the nation and the region were on the cusp of change.

We remember with a good deal of respect and admiration the pioneering parishioners who helped establish St. Margaret’s. It was one thing to have a roof over our collective heads, and yet another to furnish and supply the myriad details needed to furnish a mission church. Our pioneer forefathers and mothers moved into hardly more than a shell of a building, with little or no financial backup. Together they gathered needed items including vestments, altar supplies, seating, Sunday school supplies, a table and chairs for children and adults, and, of course, kitchen equipment and supplies.

Midnight Mass, the first service of St. Margaret’s mission church, was held on Christmas Eve, 1963, at the American Legion Hall on Southern Parkway in Plainview. Services continued to be held there until the church was built.

In the summer of 1963, the Vicarage (Rectory) was the first building erected on the 10.2 acres donated to the Diocese by Edwin P. Shattuck. The residence was built first so that Father Heine, our first Vicar, and his family could live on campus while leading the new mission. On Sunday, November 15, 1964, the congregation moved to its permanent home in the beautiful building we worship in today.

Over the years, a succession of clergy has led the Church of St. Margaret, either as vicars, rectors, supply priests, interims, or as priests-in-charge. Each brought his or her particular leadership gifts and style, and encouraged the congregation to live out their Baptismal covenant.

As we conclude our fifth decade and begin our sixth, we are again on the cusp of change. There is a renewed spirit of mission and vitality all around us. And we are blessed to know that a promising phase of growth and ministry is close at hand.

We give you thanks, O God, for the gifts of your people, and for the work of many hands, which have beautified this place and furnished it for the celebration of your holy mysteries. Accept and bless all we have done, and grant that in these earthly things we may behold the order and beauty of things heavenly; through Jesus Christ our Lord. Amen. (BCP, page 573)

Working in the Community 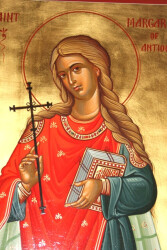